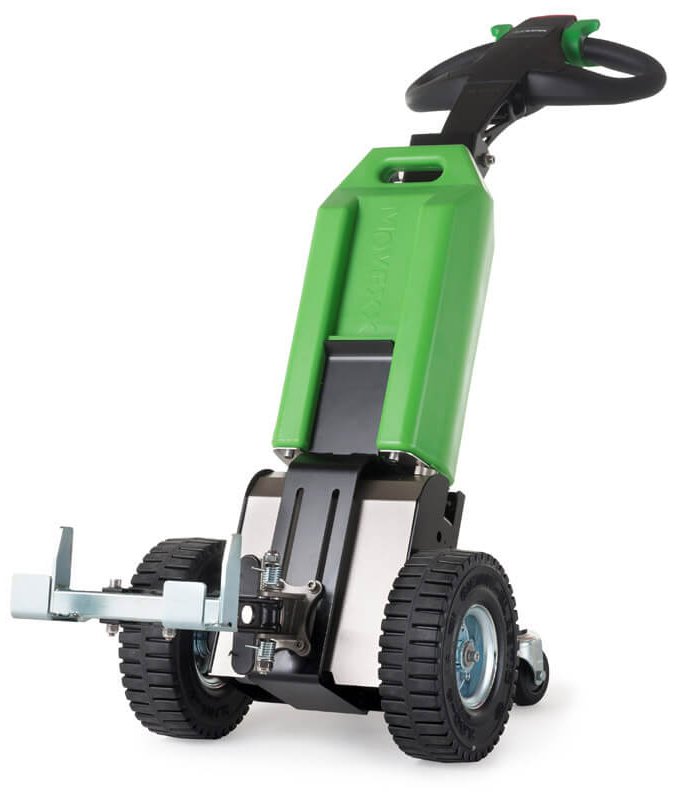 The T1000 is the first electric tug developed by Movexx. Through the years, the T1000 has been further developed, and improved in both design and technique. The T1000 is now the optimal electric pulling aid, to relieve you and to increase your efficiency.

There are a number of properties that make the T1000 so special. The electric tug is deployable in many sectors. Think of internal and external logistics, but the machine can also be used to move containers in the waste management sector.

The T1000 can also move a large assortment of different trolleys, such as:

The T1000 can be supplied with both an AGM and a Lithium battery. The advantages of a lithium battery are that the battery can be charged in between, and lasts at least twice as long between charges. The lithium battery also has a Battery Management System, which protects the battery against complete discharging and overcharging. In this way, you can optimally use the productivity of your T1000. 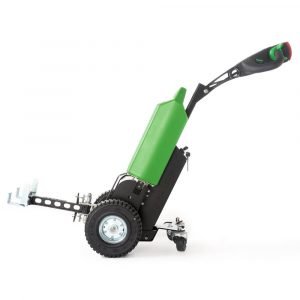 Because of a quick-change battery system for Lithium batteries, the battery can be exchanged simply and quickly, with minimal downtime for your T1000 for maximum productivity.

This website uses cookies to improve your experience while you navigate through the website. Out of these cookies, the cookies that are categorized as necessary are stored on your browser as they are essential for the working of basic functionalities of the website. We also use third-party cookies that help us analyze and understand how you use this website. These cookies will be stored in your browser only with your consent. You also have the option to opt-out of these cookies. But opting out of some of these cookies may have an effect on your browsing experience.
Necessary Always Enabled
Necessary cookies are absolutely essential for the website to function properly. This category only includes cookies that ensures basic functionalities and security features of the website. These cookies do not store any personal information.
Non-necessary
Any cookies that may not be particularly necessary for the website to function and is used specifically to collect user personal data via analytics, ads, other embedded contents are termed as non-necessary cookies. It is mandatory to procure user consent prior to running these cookies on your website.
SAVE & ACCEPT